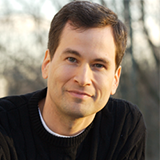 Fifteen years of Last Gadget Standing. For fifteen years the audience (both online and live audience) have been making their voice heard by selecting the best new products at CES. Always a highpoint of CES, Last Gadget actually begins months before CES starts, as contestants, who believe that they’ve got what it takes to make a breakthrough gadget, sign up to show their stuff. A panel of expert judges narrows the field to a final ten or so, and then these best of the best compete in a dual contest, online in the weeks leading up to the live event, and onstage at the LVCC during an energy fueled live contest.

The 2016 host was the multi-talented tech master David Pogue. David added a journalist’s touch to the event, plus a generous pinch of humour in the storied ‘Pogue’ style. During the break, David was the master of a trivia contest allowing the audience to answer tough questions and win big swag.

And while a winner is declared, the top ten finalists are all winners in their own right, making it to the top of the heap of product launches at the show.

AND THE WINNERS ARE:

Online, the Ripple Maker managed a late surge in the voting, using a strong boost on social media. Like an ink-jet prints on paper, Ripples prints on your latte foam, yes latte as in coffee, from logos to photos. In their entertaining live demo, they printed the face of juror Ross Rubin, who then sipped it carefully.

At the live event, the VUZE 3D and 360° camera  was the winner. With this year’s push towards VR and 3D images VUZE demonstrated that you can create as well as consume content. Combining 8 HD sensors and sophisticated 3D-360 stitching software, the VUZE manages to do it all in a small form factor.

Charging your gadgets is not exactly sexy, but boy can it be a challenge. The Judges realized that the Zolt Laptop Charger Plus is a full reinvention of the charging category. The Zolt is amazingly small, yet can charge a laptop and two mobile devices, all that the same time. Their demo featured a backpack full of chargers that the Zolt can replace. Carry one, charge many.

The Livall Smart Helmet BH60  is another category-redefining gadget. It’s a bike helmet with turn signals, connections to your phone, walkie talkie, and audio speakers. It even includes a cadence sensor, to enhance the riding experience. About the only thing the helmet won’t do is pedal for you. Safety, communications and entertainment all on two wheels.

Gadget 2016 was the first time we had a duck in the contest. Edwin the Duck is a soft bathtime companion for kids, packed with tech inside. Bluetooth enabled, Edwin can notify you if the bath water is too warm, or it can stream music, or even play games. Edwin’s fun demo ended with hundreds of small Edwin look-alike toys tossed to the roaring crowd. Edwin is no ordinary duck.

Certainly one of CES 2016’s top trends, robots are on the march. Our entrant was the iPal, which is a three and a half foot tall robot designed as a kids’ companion. iPal talks, walks, sings and plays games with kids. This robot playmate played well at Last Gadget.

CES 2016 was full of tablets, but the YOGA Tablet 3 Pro  stands out because it has a projector, so that the screen’s image can be projected onto a wall. And it has a built in soundbar to top the sound from most other tablets. It also features the Yoga line’s anthropomorphic hinge that lets the Lenovo tablet standup, get held like a tablet, tilt for viewing on a bedside, and even hang on a wall. Versatility meets utility. Lenovo’s demo was simple but compelling, showing a couple bonding over a shared experience that only the Yoga Tab 3 could create.

Drones, another buzzworthy trend at CES 2016 were represented by our special drone, the Air Hogs Connect from Spinmaster. It’s a techno-magic mashup of a drone, augmented reality, and gameplay. As you fly the drone using a tablet, you see an augmented world, making for truly immersive gameplay. The Air Hogs Connect came within a hair of winning the live event.

As for the Internet of Things, another one of this year’s buzzwords we chose the BeON Home Protection system . The BeON is the world’s smartest LED light bulb. The bulb can detect the sound of your fire or burglar alarm, or even your doorbell. And it can respond appropriately, lighting a path to safety if it hears the fire alarm, or lighting the home as if it were occupied, in the case of a ringing doorbell late at night. And that’s just a small part of what it can do. BeON’s live demo was fast and illuminating, and many thought it was the best demo at Gadget this year.

Drones are smart, but one drone, the CoDrone  from RoboLink made our list because it actually makes you smarter. Its focus is on learning, not flying. The idea is that working with something cool like a drone is the best way to teach kids to program. Robolink has been teaching kids to code using a robot for several years, and CoDrone is the evolution of that approach.

Medical tech is another booming area, and our judges were excited to have Quell(R) Wearable Pain Relief Technology  in the competition. Quell is a band that stimulates the nerves of the leg, combined with an app to control the process. Quell’s approach is scientific and peer reviewed, and they amazed the live crowd by demonstrating a non-drug approach to chronic pain relief.

2016 Online Winner
The Ripple Maker is a revolutionary IoT device that turns every cup of coffee into an extraordinary experience. Using coffee extract, the Ripple Maker creates stunning designs atop the foam of a cappuccino or latte, in a matter...
789

2016 Live Winner
VUZE, is the world’s first consumer, portable 360° 3D VR camera and software studio that brings immersive content creation to the masses. VUZE is both a technological breakthrough as well as a quantum leap forward for the indus...
756

David PogueFounder, Yahoo Tech He writes, he acts, he speaks science, he sings, plays piano and yes, he knows a good gadget when he sees one! David Pogue, founder of Yahoo! Tech hosted the 2016 Last Gadget Standing event.
743

2016 Finalist
The YOGA Tab 3 Pro is the latest version of our premium entertainment tablet. We’ve made some dramatic improvements by adding our AnyPen technology, upgrading to an better rotating projector, including a multi-speaker soundbar ...
769

2016 Finalist
AvatarMind’s first product is iPal, a companion robot for young children. iPal is 3.5 feet tall, about the height of a 5 year old child, and has 23 motors in the neck, arm, fingers, and wrists. It is shaped like a child and mov...
784

2016 Finalist
Edwin is the world’s first Smart Duck; a learning toy with personality designed to be your child’s new best friend as they play, learn, sing and dream — together. Edwin lives in your child’s hands and on your mobile device as a...
734

2016 Finalist
We are building a small-sized drone and Khan Academy-style online curriculum that teach students how to code. Coding is hard and often tedious for children to learn. Our kit makes it easy and makes it more engaging for students...
777

2016 Finalist
The BeON system transcends the smart bulb category to create a solution that makes security and safety accessible for everyone in your family, every day. The BeON home protection system takes a radically new approach to home se...
739

2016 Finalist
Air Hogs Connect is a new way to play with RC vehicles, merging a physical RC and a digital game into one immersive play experience. Players fly a real drone from Air Hogs to engage in virtual missions and save the planet from ...
757

NextGEN gallery is not installed/inactive!